Even Science is instructed in Chinese; it’s so hard!

Anna: Even Science is instructed in Chinese; it’s so hard!

Anna’s family is a third-generation Indian family in Hong Kong. She speaks fluent Cantonese, but her Hindi is a little rusty. Her grades in Chinese are considered average in her class; she does not find Chinese dictation or composition exercises to be a challenge. Chinese is not even one of the top three subjects she finds toughest. Instead, Anna considers Science the toughest subject because, interestingly enough, it is taught in Chinese. 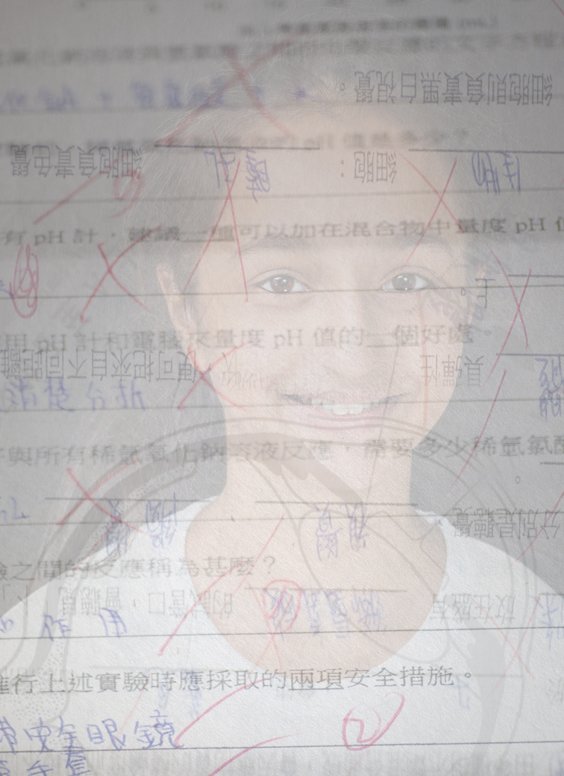 ‘Learning Science in Chinese is so hard. Take ‘weight’ and ‘mass’, for example, I always think they’re the same thing’. (The Chinese terms for both ‘weight’ and ‘mass’ share a common Chinese character.) Since Science classes are instructed in Chinese, Anna has not passed a single test in the subject this past year. She believes her grades would improve if classes were instructed in English.

I’m not giving up on Chinese

Anna has decided to go to a school that admits more non-Chinese speaking students. They use English as the medium of instruction and cater to the learning needs of ethnic minority students. There are different levels of Chinese classes at the school she wants to go to due to the wide variation in students’ proficiency levels. ‘My elder brother [who went to that school] studied Intermediate Chinese in Form 4. His textbook was easier than the one I’m using now. [When I study there,] I will choose the advanced Chinese class. I won’t give up on learning Chinese’. 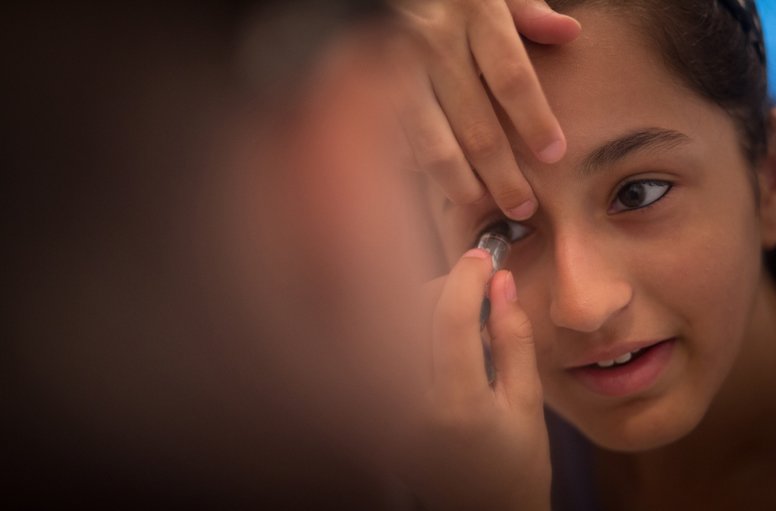 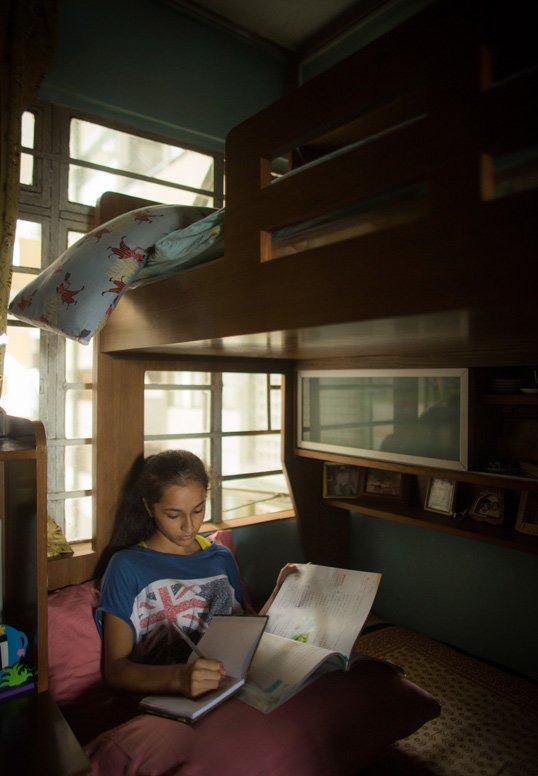 Chinese is important to Anna because she is a Hongkonger. In fluent Cantonese, Anna clearly explains her point. ‘I was born and raised in Hong Kong. I shouldn’t be verbally abused because of my ethnicity’. Her first experience of racial discrimination was on her first day in primary school when a boy in her class called her ‘Ah Cha’ (a derogatory term for Indians). ‘I felt insulted – like I shouldn’t have been there. I didn’t cry but I was a bit mad. I told the teacher about it right away’.

Dad’s a fan of George Lam

Anna’s courage could have been inspired by her father. Her father is a talkative person; his Cantonese is even more fluent than his daughter’s. He is now security manager at a private housing complex. ‘Chinese is not hard’, he says. ‘My boss has read my reports before; he said my Chinese is better than a lot of people’s’. Anna’s father likes to listen to George Lam, a local singer. When he was young, he once did stage lighting for a Beyond concert. Talking about Ka Kui, the frontman of the band, he said, ‘It’s a great loss. We should really just try our best to be happy in life’. 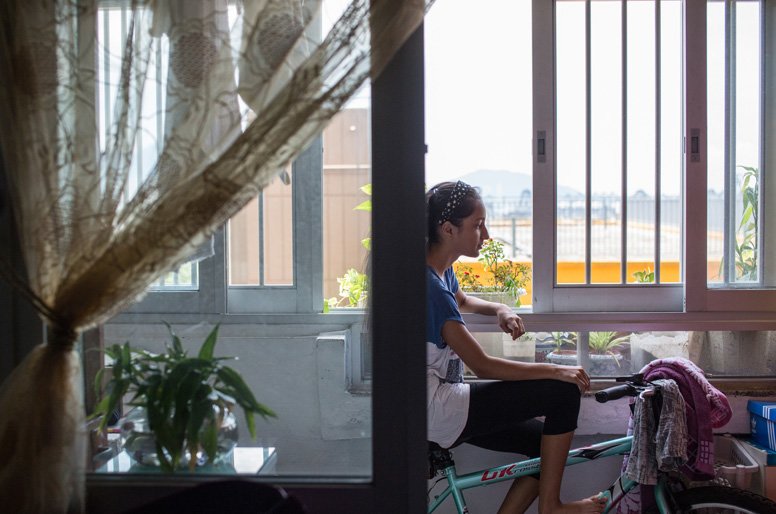 Whether it is his accent or word choice, Anna’s father speaks like any bona fide Hongkonger. But even he has encountered discrimination. Once, when he was looking for a job, the person took a look at him and just asked him to leave. ‘I asked for an apology. I said, “You can tell me if I’m not right for the job, but if you’re telling me that you don’t hire workers from ethnic minority groups, that’s discrimination”’.

Anna already knows what she wants to be when she grows up: a singer. ‘It’s hard in Hong Kong though. You have to sing local songs. I might get the lyrics wrong and sing off-key. It would be easier if I could sing in English’. If she cannot be a singer though, she would want to be a designer. ‘As long as people like the clothes, they will buy them – there won’t be a language barrier’.

For Anna, Chinese is an obstacle to studying Science. However, Anna is already one of the few students we interviewed who has a pretty good command of Chinese. Can you imagine what a big challenge it is for other ethnic minority students who are not as proficient in Chinese if they have to study other subjects in Chinese?

Knowledge first, or language first? Like the chicken-and-egg problem, this is an endless debate in academia. Even though most ethnic minority children have a hard time learning Chinese, their answers are split when asked whether they would prefer to learn other subjects in Chinese or English. It turns out that if their Chinese is bad, it does not necessarily mean that their English is good – in some cases, their English could be worse. The bottom line is that these children need to build strong language skills to develop higher-order thinking. Otherwise, they will face all kinds of obstacles throughout their learning endeavours.

The fact is, not being able to understand Chinese textbooks significantly decreases ethnic minority children’s learning ability and interest in learning different subjects. Despite this, current education policies in Hong Kong have not addressed the problem.

In the US and Canada, schools offer extra assistance to non-English speaking students. For example, they offer adapted textbooks or different teaching methods to help these students learn other subjects in English. By doing this, they encourage students to overcome the language barrier and acquire knowledge with confidence.