The Somali region, located in the eastern part of Ethiopia, is one of the worst-affected regions by El Niño. The Somali region is among the poorest in Ethiopia, with poverty-stricken and disaster-prone. (Photo: Poon Wai-nang / Oxfam volunteer photographer)

A devastating drought in Ethiopia has caused the worst food crisis there in 30 years, putting millions of people at risk of hunger and disease. Ethiopia has suffered erratic and failed rains for the past 18 months in some regions and the situation has been made even worse by ‘super El Niño’. Parts of the country are not expected to get any further rain until March 2016, many people are in urgent need of humanitarian assistance.

Almost 8 million people will receive help from the Ethiopian government-led safety-net programme, but funding is urgently needed to reach an additional 10.2 million people. The needs of people are rising rapidly, and they are in urgent need of food and clean, safe water; 435,000 children under five and 1.7 million children, pregnant and lactating women also require specialised clean water and nutritional support. People suffering from malnutrition, children in particular, are weaker and therefore at much greater risk of waterborne diseases and diseases linked to poor hygiene. In Ethiopia, diseases linked to poor hygiene – such as scabies – are already spreading.

More than 80 per cent of the population depends on agriculture, making them extremely vulnerable to drought and changes in weather patterns. Many crops have failed, water sources are drying up and worrying numbers of livestock are dying – more than 500,000 animals have already been lost. The crisis is widespread. The impact of the drought was first felt in some parts of the Afar and Somali Region and is now spreading to other parts of the country.

So far, we have reached about 200,000 people affected by the crisis, but we urgently need to reach more people and are in the process of scaling up our response. We plan to reach at least 770,000 people in the Afar, Somali and Oromia Region with clean water, sanitation and emergency food and livelihood support. We have been responding to the emergency situation in the most critical areas of Afar Zone 2, West Arsi in Oromia Region, and Siti Zone in the Somali Region:

With the strongest El Niño ever recorded, a super El Niño weather system is causing extreme weather in many parts of the world, including drought and flooding. The poorest and most vulnerable people are being hit hardest; this has left millions to face water shortages, hunger and disease in the past few months. Oxfam estimates it could leave tens of millions of people to face hunger, water shortages and disease in 2016 while the humanitarian system is already struggling to cope with the fallout from conflicts in Syria, South Sudan, Yemen and elsewhere.

Already millions of people are facing food shortages in Ethiopia because of drought. Concerns have been raised over food shortages in Zimbabwe and Malawi in southern Africa; Papua New Guinea in the Pacific region; and Guatemala, Honduras, El Salvador and Haiti in Latin America and the Caribbean. El Niño has also put millions of people at risk from flooding. Flooding has already devastated Paraguay and further floods are expected in South America in February/March 2016.

Many of the countries feeling the effects have developing economies where large proportions of the population rely on subsistence farming, making them very vulnerable to these kinds of extreme weather events. Urgent humanitarian response is required in some countries – such as Ethiopia – including the delivery of food aid, or financial support through cash or vouchers, ensuring people have access to clean water and sanitation, and treating people who are suffering from malnutrition.

A total of 80 per cent of the population of Siti Zone in Ethiopia depends on livestock raising. Over 500,000 animals have died in the region as a result of the drought, leaving thousands of people without an income. Oxfam is supporting farmers by purchasing the meat of these animals that is still fit for human consumption and distributing the purchased meat to vulnerable families. For healthier livestock that will be sold, Oxfam is distributing animal feed to help people sell off their livestock for a decent price in commercial markets. We are also providing life-saving water. (Photo: Abbie Trayler-Smith/Oxfam)

Fathima Asawe (35) and Ahmed* (1) ‘It is good we don’t have to go far to get water. Before we had to travel from 6 am-5 pm. I am an IDP. I have been here for two months. I used to come here to fetch water, now everyone has left where I was living. Everyone has left because of the drought. All our livestock have died.' (Photo: Abbie Trayler-Smith/Oxfam)

Hussein* (14 years old) waits to collect water from the Oxfam Roto Tank in Hasbouli. In the Siti zone of the Somali region, Oxfam has been trucking water for more than 17,500 people on a daily basis. The number of people in need is rising rapidly with men, women and children in urgent need of food and clean, safe water. (Photo: Abbie Trayler-Smith/Oxfam)

The Somali region, located in the eastern part of Ethiopia, is one of the worst-affected regions by El Niño. The Somali region is among the poorest in Ethiopia, with poverty-stricken and disaster-prone. (Photo: Poon Wai-nang / Oxfam volunteer photographer)

Irregular weather patterns there have made rainy season more erratic and unpredictable; some village have even seen no rainfall in over a year. Oxfam has been working with communities since 2011, have provided emergency water in the worst affected areas, introduced disaster risk reduction measures, and helped to develop livelihoods and ensure food security. (Photo: Poon Wai-nang / Oxfam volunteer photographer)

The well water here is muddy and salty. However, to drought-affected pastoralists and their livestock, this is like an oasis. (Photo: Poon Wai-nang / Oxfam volunteer photographer)

Oxfam has supported 40 households in a village in Ayesha – a woreda, or small administrative division, in the Somali region – to set up an irrigation system for farming. Kawa Said, 35, told us, ‘In the past, our livelihoods depended on our livestock, but five years ago, a severe drought hit the area and we lost almost all our livestock. We had to abandon our village to search for water, and could only come back one year later. Oxfam supported this irrigation facility, trained us in vegetable and fruit farming, and provided us with quality seeds. In just a few months, we will earn an income of 10,000 ETB (about HK$3,700). This is a huge achievement for us!’ (Photo: Poon Wai-nang / Oxfam volunteer photographer)

Oxfam has installed water tanks and provided containers in a remote village in the Somali region of Ethiopia. Amina Hussien (left), one of the villagers who benefits from the project, said, ‘The water systems are in the village. We no longer have to fetch water from water resources that are miles away; our lives are a lot easier now.’ (Photo: Poon Wai-nang / Oxfam volunteer photographer) 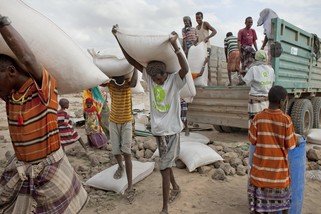 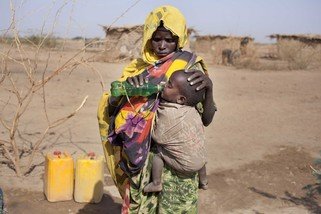 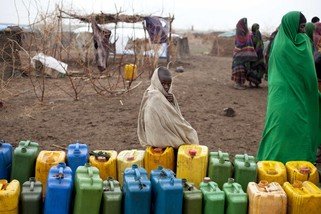 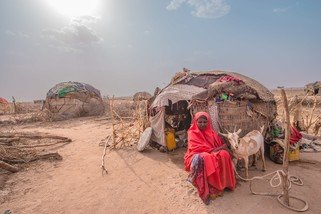 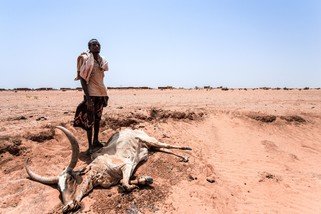 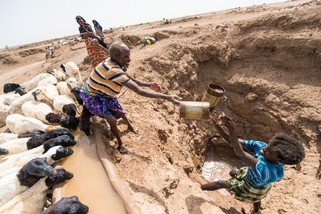 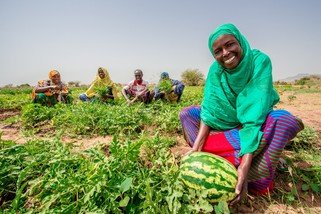 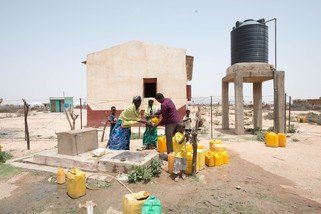