A New Home in Hong Kong 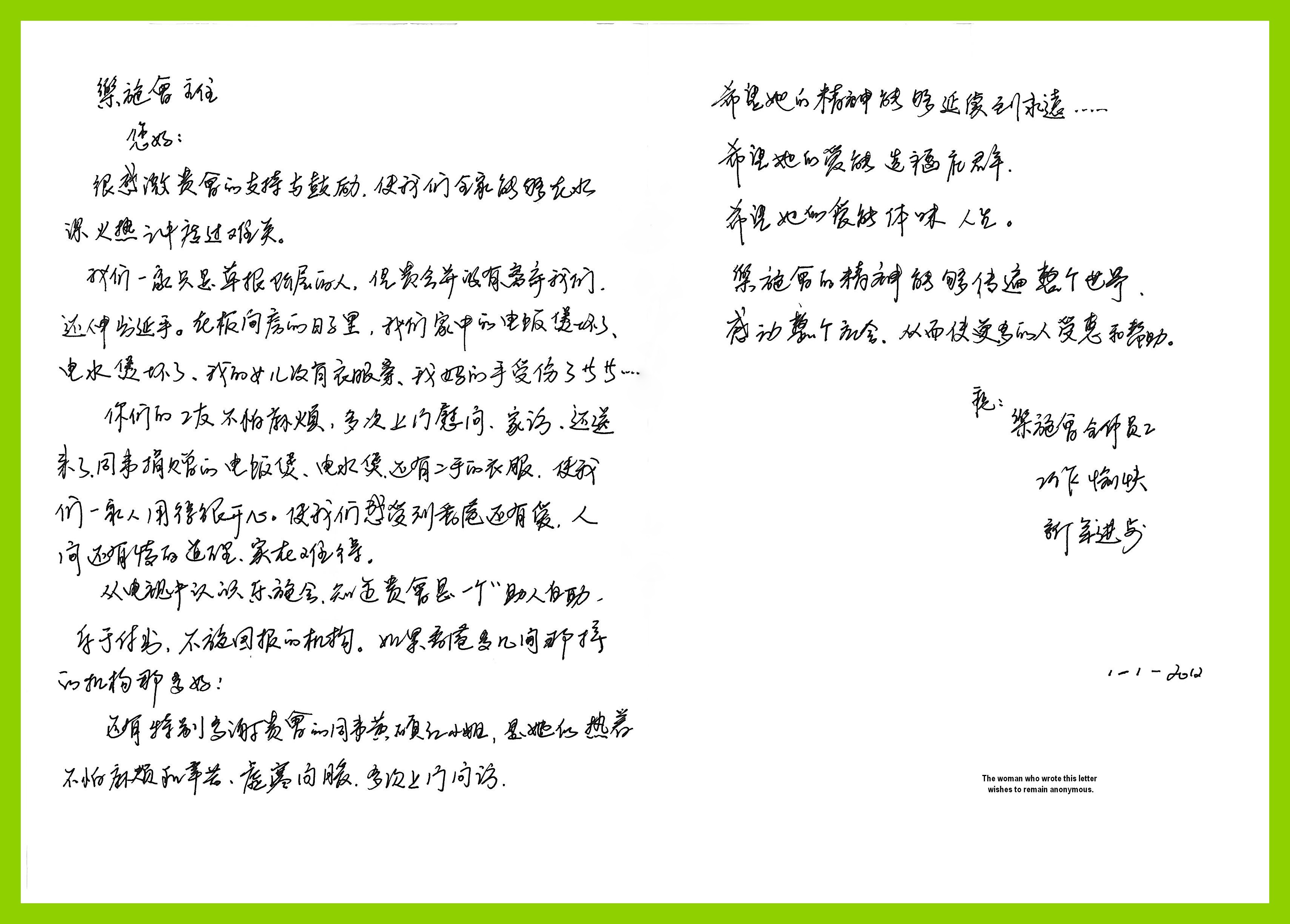 On the first day of 2012, Ms Wai Chun wrote me a very happy letter. She had been waiting for public housing for more than four years, and she was hopeful that she and her family would soon be assigned a home!

How did it happen?

After waiting for four years, Wai Chun could wait no more. She and her family – her young daughter, her husband, and Grandma – were paying too much for their tiny 60 square foot unit, and were tired of sharing a kitchen and toilet with other residents of the building. Wai has bad knees, her husband has kidney problems, Grandma has chronic pain in her joints, and the daughter needs more space to play.

I met with Wai Chun several times in 2011, as part of Oxfam Hong Kong’s “JUST bite” campaign against hunger and poverty, and in October 2011, we arranged for her to be interviewed by a journalist for a British newspaper. When the newspaper article was published, Wai Chun brought a copy of the clipping to the Hong Kong Housing Authority and was joined by other residents living in subdivided flats. The residents reminded the Housing Authority of its pledge to provide housing within three years.

Two weeks later, Wai Chun received a letter that her dream – and her right – had come true.

Today, Wai Chun and her family live in their new unit in a public housing estate on Hong Kong Island.