Oxfam’s ‘Do you read me? A photo exhibition on how ethnic minorities learn Chinese’ launching ceremony held today

Oxfam and photojournalist Ducky Tse have jointly organised ‘Do you read me? A photo exhibition on how ethnic minorities learn Chinese’. It will be held from 22 November to 31 December at the Jockey Club Creative Arts Centre. Through this exhibition, Ducky Tse and independent journalist So Mei-chi give the public a glimpse into the day-to-day challenges ethnic minority children face in learning Chinese.

Fisher expressed his worries on the far-reaching impacts on ethnic minority children with poor Chinese language skill. ‘It does not only adversely affect their learning, but also hamper their future social and career development. I have met many ethnic minority kids who dream of being doctors, teachers, architects and such. But in reality, a lack of Chinese language skills greatly limits their choices in careers they can pursue. Many of them will end up taking up low-paying jobs with long working hours and little labour protection’.

Fisher called on the government to support ethnic minorities in learning Chinese: ’By being proficient in Chinese, ethnic minorities can increase their upward social mobility and end the cycle of intergenerational poverty. This can in turn help break down social boundaries and create a genuinely inclusive and integrated society’.

Oxfam has always been concerned about the well-being of ethnic minority groups. In Hong Kong, South and Southeast Asian minorities are often disadvantaged and neglected. They face countless obstacles, most notably in social integration. In this regard, Oxfam urges the government to implement the ‘Chinese Language Curriculum Second Language Learning Framework’ in all schools that admit non-Chinese speaking students, and provide ethnic minority students with support to study other subjects in Chinese. The government should at the same time extend its Chinese learning support measures to kindergarteners and adults, so that ethnic minority children can build a solid foundation in Chinese as early as possible and to facilitate effective Chinese learning for ethnic minorities from different age groups.

Visitors who join the educational guided tours led byethnic minority youths can better understand the difficulties they face in learning Chinese through personal interaction. Anna, a 14-year-old student who was the master of ceremonies at the exhibition’s kick-off event, comes from a third-generation Indian family in Hong Kong. She speaks fluent Cantonese, and gets average grades in Chinese.  Anna studies at a school where every subject is taught in Chinese. ‘Learning Science in Chinese is so hard’, she said. ‘Take the Chinese characters for "weight" and "mass", for example, they look the same to me’. Lessons conducted in Chinese clearly affect how well she learns, as she has not passed a single test in Science over the past year.

During the exhibition period, Oxfam and various supporting organisations will conduct a series of activities and workshops to provide the public with an opportunity to better understand ethnic minorities’ colourful and multi-faceted cultures, as well as the Chinese language learning difficulties they face.

'Do you read me? A photo exhibition on how ethnic minorities learn Chinese' is jointly organised by Oxfam and photojournalist Ducky Tse, with the support of The Boys’ and Girls’ Club Association of Hong Kong, HKSKH Lady MacLehose Centre, the Catholic Diocese of Hong Kong Diocesan Pastoral Centre for Workers (Kowloon), WEDO Global, Centre for Community Cultural Development and Hong Kong International Photo Festival, and venue support from Jockey Club Creative Arts Centre and Centre for Community Cultural Development.

Activities held during the exhibition:

Various activities will be held during the duration of the exhibition. These include educational guided tours, a seminar on ethnic minority issues in Hong Kong, a Nepali cultural tour in Yuen Long, a Pakistani cultural tour in Kwai Chung, Cross-cultural Day, a handicraft workshop, a parent-child intercultural reading workshop and a photography workshop led by Ducky Tse and ethnic minority youths.

The officiating guests, supporting organisations and the ethnic minority youths attended the ‘Do you read me?’ launching ceremony held today.

Guests and visitors who joined the educational guided tours led by ethnic minority youths better understood the difficulties they face in learning Chinese through personal interaction.

Guests and visitors who joined the educational guided tours led by ethnic minority youths better understood the difficulties they face in learning Chinese through personal interaction. 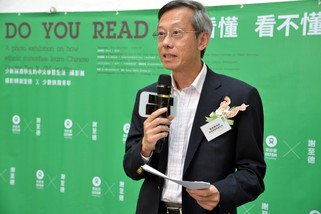 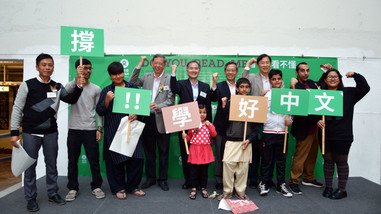 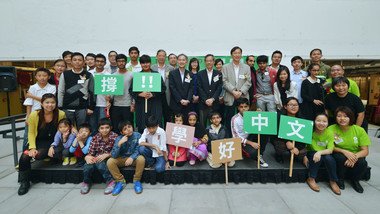 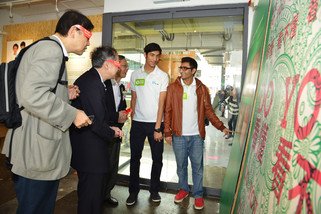 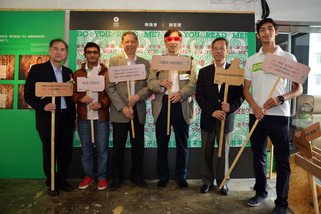