At 2:28pm on 12 May 2008, a massive earthquake struck western China, with the epicentre at Wenchuan, in Sichuan Province. Nearly 70,000 people died, almost 380,000 people were injured, and about 18,000 people remain missing, according to Ministry of Civil Affairs.  Measuring 8 on the Richter Scale, the earthquake was the most powerful since the establishment of the People’s Republic of China in 1949. (See Background Information)

In a matter of hours, Oxfam began emergency relief initiatives, and a 5-year rehabilitation programme began in October 2008.

As of March 2011, Oxfam Hong Kong received HK$172,000,000 in contributions, thanks to the generosity of the Hong Kong public. In the first three years, Oxfam has supported 187 initiatives in more than 200 of the most severely damaged and impoverished communities across Sichuan, Gansu and Shaanxi. More than 840,000 people have directly benefited.

To implement these programmes, Oxfam Hong Kong has partnered with a total of 78 different groups, mostly governmental departments (50), and a range of local NGOs, social organisations and academic institutes.

In January 2009, Oxfam Hong Kong signed the “Agreement of the Framework of the Pilot Rehabilitation Programme in Poor Villages in Wenchuan Earthquake” with the Poverty Alleviation Office (PAO) of the State Council. This made Oxfam Hong Kong the first INGO to be officially approved to carry out earthquake rehabilitation work. The agreement confirmed that the agency would allocate RMB80 million to 80 severely damaged and impoverished villages in three provinces – an important programme framework for Oxfam Hong Kong’s response.

The emergency relief phase ran from May 2008 to 2009. In this phase, Oxfam supported 21 initiatives with a total funding of RMB24million, bringing direct benefits to 630,000 people in Sichuan, Gansu and Shaanxi. 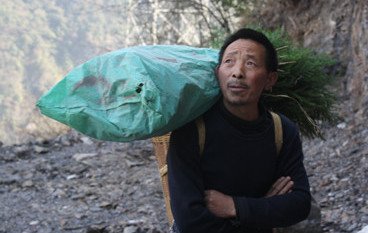