As COP26 puts climate change in focus, Hong Kong – and the world – must help the poorest cope

Kalina is the Director General of Oxfam Hong Kong. 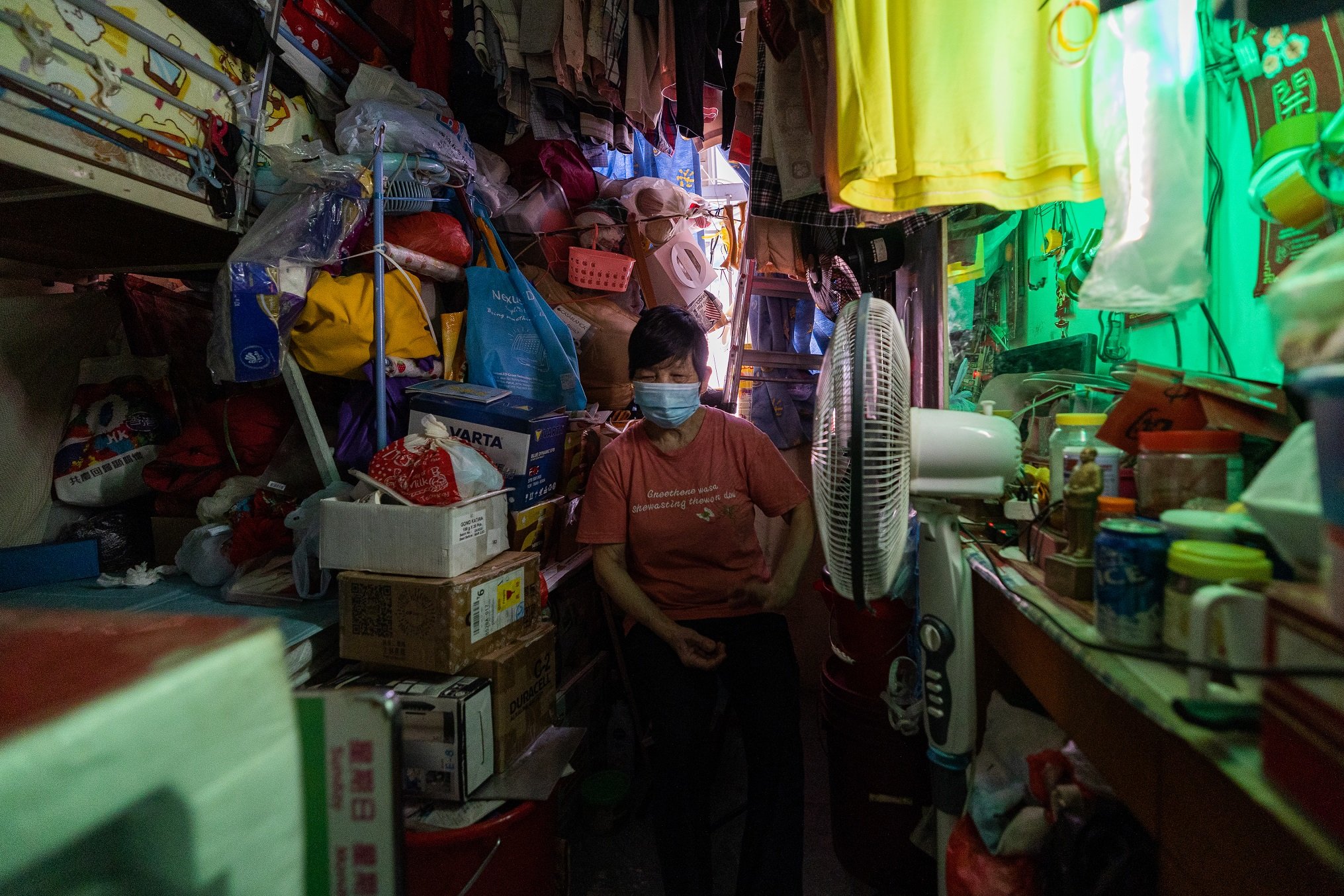 Ha Jeh, 74, works as a dishwasher and lives with her husband. They live in an old tenement house in Sham Shui Po and share a communal kitchen and toilet with four other households. Since her husband often brings items he finds homes and is unwilling to throw them away, their flat is cluttered. Their belongings even cover their air conditioner, so her flat does not cool down even when it is turned on. That is why Ha Jeh relies on her electric fans to keep her cool.

The United Nations Climate Change Conference must be a watershed moment at which governments take urgent action to reduce emissions and commit to increasing their support for climate vulnerable communities. Although the poorest across the world are already bearing the brunt of the effects of climate change, momentum on these issues is lacking and the outcomes emerging from the conference are insufficient.

Outcomes from the Group of 20 summit were indicative of this and seemed to echo the shameful lobbying attempts that recently came to light. Before the conference, a trove of leaked documents showed some of the world's biggest coal, oil, beef and animal feed-producing nations attempted to exclude findings from a key UN climate report that threatened their domestic economic interests.

While a lack of enthusiasm to tackle climate change might have been sadly unsurprising in previous years, this year's summit is make or break for the planet's future. There is no room for parochial national interests. Governments are not cutting emissions fast enough to keep us safe. Scientists say emissions must fall 45 per cent by 2030 compared with 2010 levels to limit global temperature rise to 1.5 degrees Celsius. However, the latest projections suggest we are on course for a 16 per cent increase by 2030, leading to a catastrophic 2.7 degrees of warming by the end of the century.

While that might seem like a distant threat, let us not forget that climate change is happening now - from drought in East Africa and Central America to wildfires in Australia and the Amazon to supercharged storms in the Bay of Bengal. Extreme weather such as this is also increasing food insecurity in hunger hotspots. More than 160 million people around the world are living at crisis levels of food insecurity or worse - 26 million more people than last year. Sadly, it is the world's poorest countries that are paying the price for a climate crisis they did little to cause. They need the tools and resources to adapt to climate change now.

While wealthy nations promised US$100 billion a year to help poorer nations adapt to climate change and reduce emissions 12 years ago, they have consistently fallen woefully short of achieving this goal. In late October, they published a Climate Finance Delivery Plan that said it would take until 2023 to meet their commitment. There is no excuse for this failure when the goal is achievable. Governments have spent trillions on their Covid-19 economic recovery packages. This shows their ability to act in an emergency, and climate change is an emergency.

Climate change is not just affecting the most vulnerable elsewhere. The poorest in Hong Kong feel it acutely,
too. Oxfam Hong Kong's latest study on climate change's effects on those who live in subdivided flats revealed that close to 60 per cent of the 200 people we interviewed experienced hotter temperatures in their flats - up to 5.8 degrees hotter - than outside. Close to 44 per cent of respondents said the extreme heat had taken a toll on their health, while some of them had even experienced heatstroke.

Further, more than a quarter said they had seen some sort of damage to their flats with increasingly frequent typhoons and rainstorms. Since most landlords are unwilling to pay for repairs, tenants are often left to fend for themselves despite already being cash-strapped.

Improving the living standards of the poorest people here would help them adapt to climate change the fastest. Although transitional housing is available for those waiting for public housing, 98 per cent of our respondents had not applied for it. This was because they had either not heard of the initiative or because the tenancy period was so short that there would still be a gap between when their tenancy ends and when they would be able to move into public housing.

What needs to be done? Locally, building more transitional housing to increase the supply of flats that offer a basic standard of living is a start. Ultimately, though, the government must go beyond the infrastructure measures outlined in Hong Kong's Climate Action Plan 2050 and implement policies that fit the city's context and help its poorest adapt to climate change, such as extending the tenancy period of transitional housing.

Globally, governments must not simply agree but take action on the key areas of emissions and climate finance. All countries need to do their fair share to halve emissions in the next nine years to limit warming to 1.5 degrees. Developed countries have reaped massive wealth by burning fossil fuels and are responsible for 92 per cent of all excess global carbon emissions since 1990. They have the most to do, but big emerging economies should not get a free pass, either.

Wealthy nations must also significantly increase climate finance, with half of all funds going toward adaptation. The world's poorest people cannot afford to wait until governments get their act together when climate catastrophes are already wiping out their crops now, leaving them hungry and putting their lives at stake.

Hong Kong and the world's leaders must listen to the alarm bells that are ringing across the planet. It is not too late to avoid the worst impacts, but we must work together. COP26 is not the time for mere rhetoric - we need urgent and collective action. The world, and especially its poorest people, cannot afford more non-action or empty words.