Climate fuelled disasters were the number one driver of internal displacement over the last decade, forcing more than 20 million people a year – one person every two seconds – to leave their homes, said Oxfam today. The contentious issue of financial support for communities, including displaced communities, which have suffered loss and damage as a result of the climate crisis is expected to take centre stage at the UN Climate Summit in Madrid from 2 - 13 December 2019.

Oxfam’s briefing ‘Forced from Home’ reveals that the number of climate related weather disasters that result in displacement have increased five-fold over the last decade. Today people are seven times more likely to be internally displaced by cyclones, floods and wildfires as they are by earthquakes and volcanic eruptions, and three times more likely than by conflict.

While no one is immune – in recent weeks wildfires in Australia and floods in Europe have displaced thousands of people – Oxfam’s analysis shows that people in poor countries, who bear least responsibility for global carbon pollution, are most at risk.

Small Island Developing States make up seven of the 10 countries that face the highest risk of internal displacement from extreme weather events globally. On average nearly five per cent of the population of Cuba, Dominica and Tuvalu, were displaced by extreme weather each year in the decade between 2008 and 2018. This is equivalent to almost half the population of Madrid being displaced in Spain annually. Small Island Developing States per capita emissions are around a third of those in high-income countries.

The unequal impacts of the climate crisis are apparent across the globe. People in low and lower-middle income countries such as India, Nigeria and Bolivia are over four times more likely to be displaced by extreme weather disasters than people in rich countries such as the United States. Around 80 per cent of all people displaced in the last decade live in Asia – home to 60 per cent of the world's population and over a third of the people globally who are living extreme poverty.

'Our governments are fuelling a crisis that is driving millions of women, men and children from their homes and the poorest people in the poorest countries are paying the heaviest price.'

The UN is due to conclude a review of the progress made under the ‘Warsaw Mechanism on Loss and Damage’ at the summit in Madrid, and developing countries will be pushing for the establishment of a new fund to help communities recover and rebuild after climate shocks.

Rich donor countries have largely left poor countries to cover the rising costs of extreme weather disasters themselves. New Oxfam analysis shows that economic losses from extreme weather disasters over the last decade were, on average, equivalent to two per cent of affected countries’ national income. That figure is much higher for many developing countries – up to an astonishing 20 per cent for Small Island Developing States.

'Governments can and must make Madrid matter. They must commit to faster, deeper emissions cuts and they must establish a new "Loss and Damage" fund to help poor communities recover from climate disasters,' he added.

‘Forced from Home’ also highlights that many poor countries face simultaneous and sometimes inter-related risks from conflict and the climate crisis. For example, Somalia, one of the poorest countries in the world, with per capita emissions just one fifth that of rich countries, saw 7.5 per cent of its population – well over a million people – newly displaced by extreme weather events such as floods or conflict in 2018. Somalia is also struggling with years of severe drought that has wiped out crops and livestock.

The briefing shows that it is the poorest in society who are most vulnerable to climate-fuelled displacement. For example, in March 2019 Cyclone Idai displaced 51,000 people in Zimbabwe. The most affected communities lived in rural areas of Chimanimani and Chipinge where poor infrastructure and housing were unable to withstand the heavy rains and wind. Displaced women are particularly vulnerable as they, for example, face high levels of sexual violence. 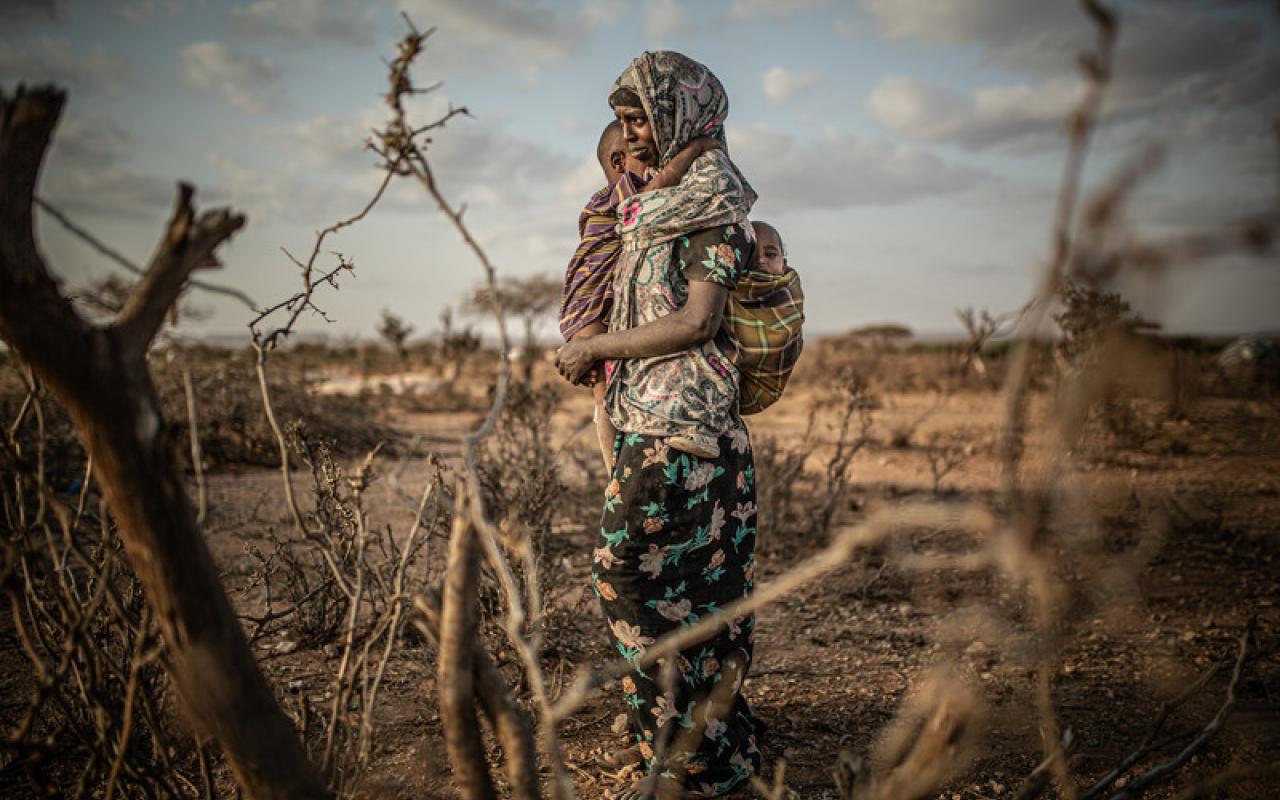 Amina Ibrahim (50) arrived in the camp in Gunagado, Ethiopia in 2017 after the drought killed her family's cattle and an outbreak of disease endangered her family.