In mid-March, Cyclone Idai tore through Malawi, Mozambique and Zimbabwe, devastating over 2.6 million lives; the UN Secretary General declared this ‘one of the worst weather-related catastrophes in the history of Africa’.

As floodwaters begin to recede, Oxfam is working hard to avert a secondary crisis: a cholera outbreak. As of 3 April, there have already been one reported cholera death and almost 1,500 reported cases in badly-hit Beira, Mozambique, with the number expected to continue to rise.

International aid agency Oxfam says the Mozambique government is acting quickly to set up cholera treatment centres in the devastated city of Beira, but the international community must offer more cash in support – the US$281 million UN appeal is only 17 per cent funded so far.

The threat of a cholera epidemic is high. The first fatality has been confirmed and the number of cases is soaring, now over 1,000. The government is starting oral vaccinations to 900,000 people today.

This work needs to be complimented by a huge community outreach campaign of alert and sharing information to people about how they can protect themselves. Oxfam is working alongside the Ministry of Health and has already trained 64 ‘activistas’ – community mobilisers – who are working now to give vital health information to local people, including what to do if they suspect family or friends are infected. They will also distribute water purification liquids.

This crucial work needs to happen on a larger scale, and faster. Oxfam aims to have more than 1,000 community activistas working as soon as possible on the public health side of the response, in addition to the work it is doing trucking clean water, building latrines and distributing water bladders, buckets and soap.

The full scale of the Cyclone Idai crisis is still unfolding. Many thousands of people are still isolated in difficult to reach areas. The scale of destruction means that reaching people is costly and requires fast and flexible funding.

Oxfam’s Humanitarian Program Manager, Ulrich Wagner, led an assessment team by boat to Buzi, one of the hard to reach areas that will be prioritised in the vaccination campaign: ‘What I saw there was shocking, the perfect breeding ground for cholera. Just by looking at the side of some of the buildings you could see the flood waters had come up to way above my head.

‘People were cleaning out what was left of their houses or trying to construct new shelters with any debris they could find. Toilets had been destroyed and were overflowing. We must assume all wells are contaminated but people are forced to still collect water from them. I was told that in some areas people were digging holes in the ground just to find a water source.’

The UN launched an emergency appeal for US$281 million to respond to cyclone which affected Mozambique, Malawi and Zimbabwe.

Dorothy Sang, Oxfam’s Humanitarian Advocacy Manager in Beira, said: ‘So far, the international community has been swift to provide goods and military assets to aid the huge search and rescue effort needed, but the overall appeal remains just 17 per cent funded – incredibly low for what the UN has described as “one of the worst weather-related disasters in Africa”. To stop a further health emergency, we need the international community to step up the flexible funding to organisations now on the ground to rapidly scale up the response to contain and stop the spread of the cholera.

‘We need to bring in far more supplies and fast, particularly to ensure clean water and safe waste management. Governments and donors need to prioritize not only the hardware but also the people necessary to step up public health promotion in the heart of the affected communities.

‘The tragedy is that cholera is actually easy to treat and simple to prevent. But if it really gets hold it will flare out of hand, and the response will be that much more costly – both in terms of lives and the resources needed to stop it. We must get clean water and decent sanitation to people and ensure the community realises that simple things like soap can keep cholera at bay.’

Oxfam is trucking clean drinking water to more than over 8,000 people living in displacement camps and distributing buckets and soap as part of COSACA consortium and with local partner AJOAGA. A crucial next step in averting health hazards is to build toilets. Today, 38 tons of water and sanitation equipment landed in Beira: the shipment includes over a thousand of latrine slabs to build emergency toilets, over 20 water bladder tanks to collect and store fresh water, 10,000 Oxfam jerry buckets to transport and keep water clean and safe, 3 desludging pumps with generators and over a hundred tap stands.

Notes to editors
Oxfam in Mozambique is part of a consortium with Save the Children and CARE called COSACA. The three agencies work together to maximise reach and impact in emergency situations. 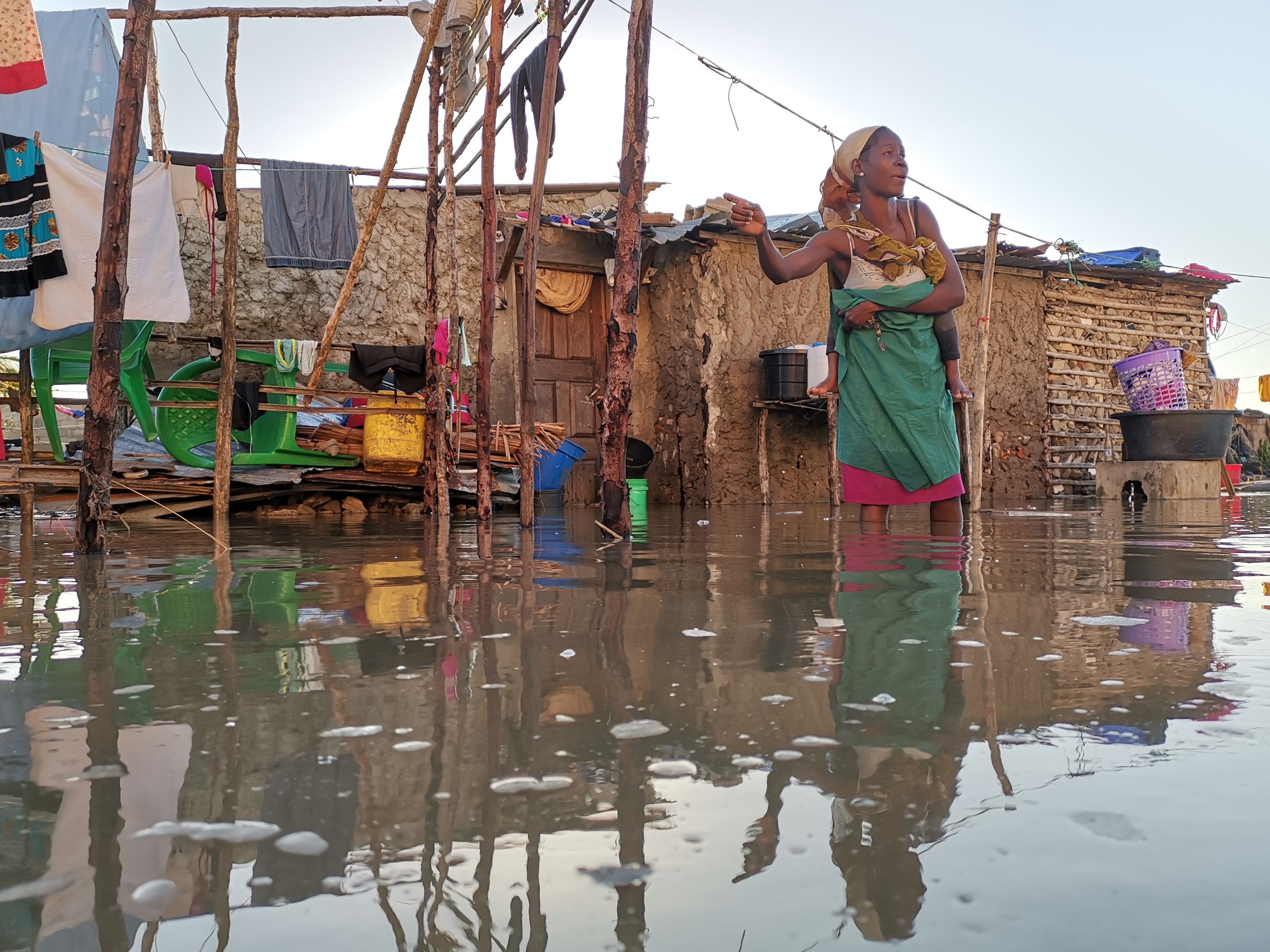 As floodwaters begin to recede, Oxfam is working hard to avert a secondary crisis: a cholera outbreak. As of 3 April, there have already been almost 1,500 reported cholera cases in badly-hit Beira, Mozambique. (Photo: Sergio Zimba / Oxfam) 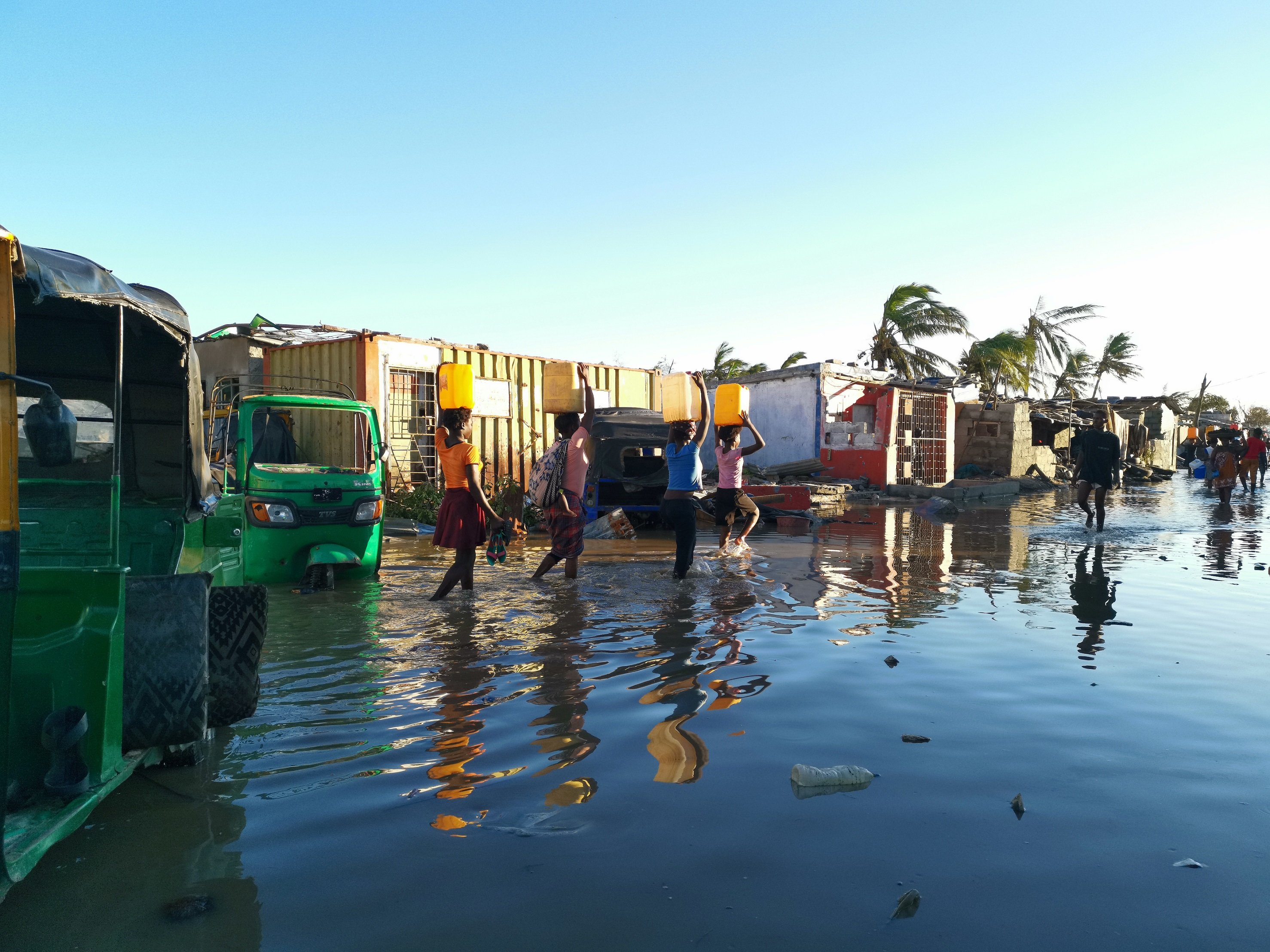 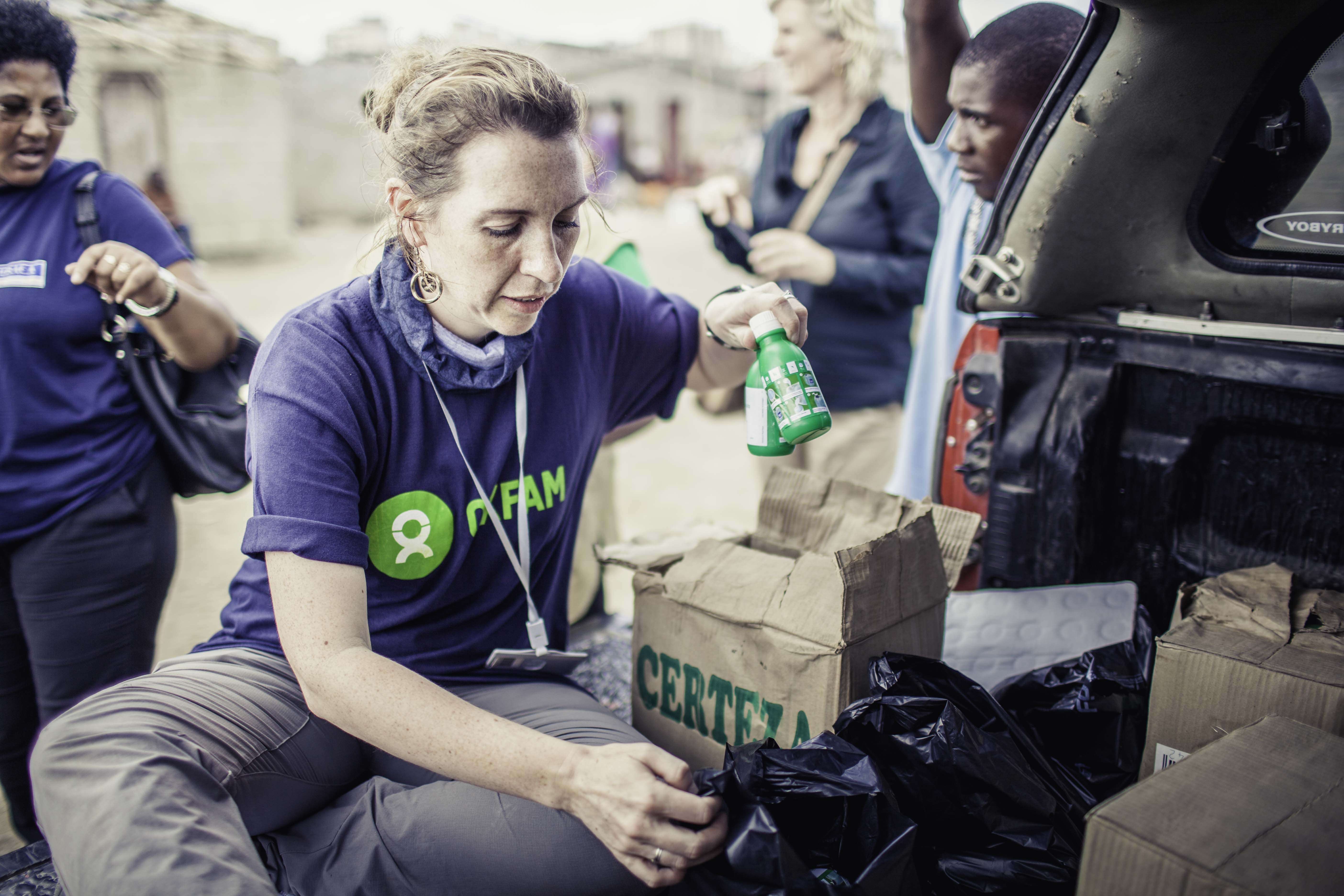 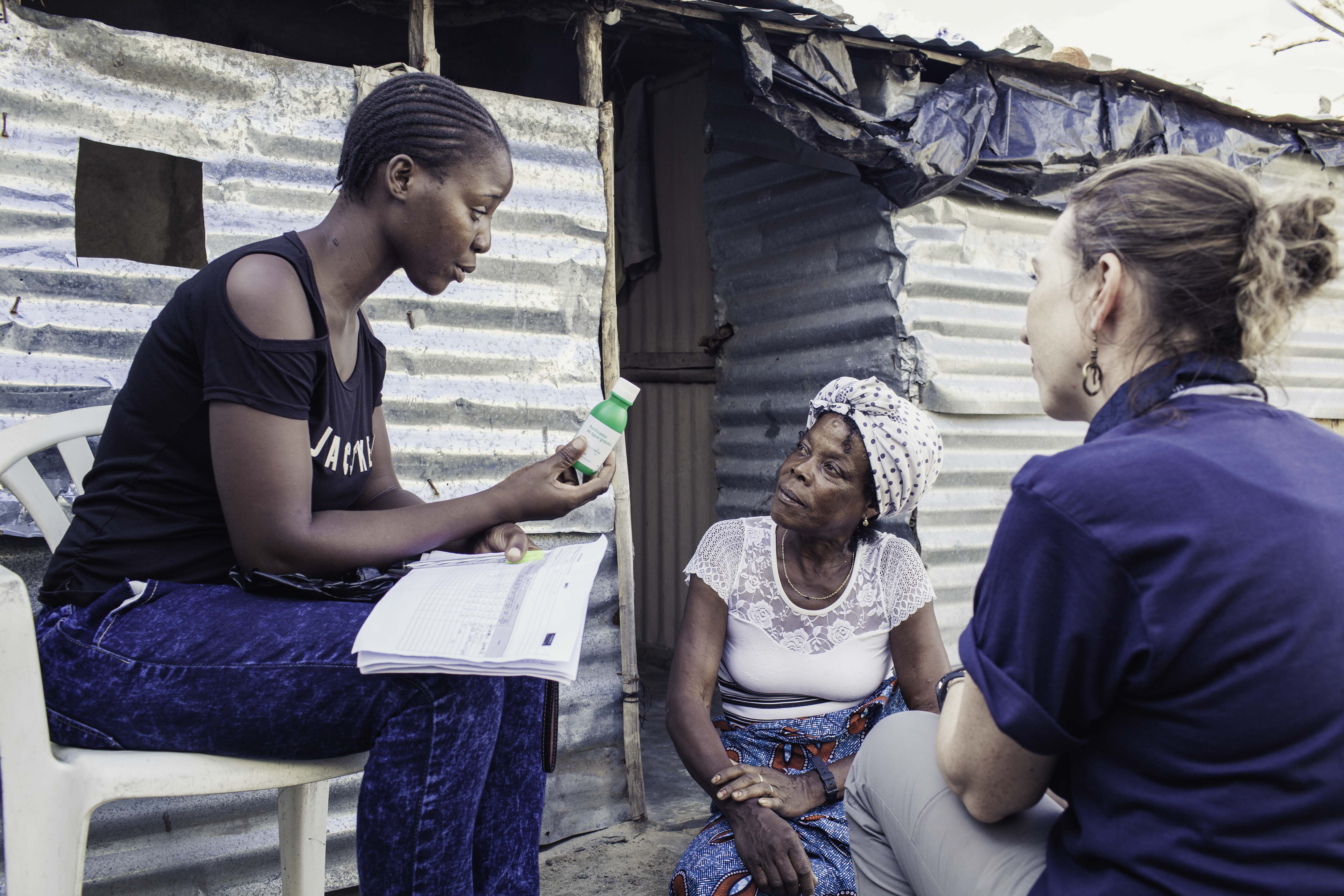 Oxfam is working alongside the Ministry of Health and has already trained 64 ‘activistas’ – community mobilisers – who are working now to give vital health information to local people, including what to do if they suspect family or friends are infected. (Photo: Micas Mondlane / Oxfam Novib) 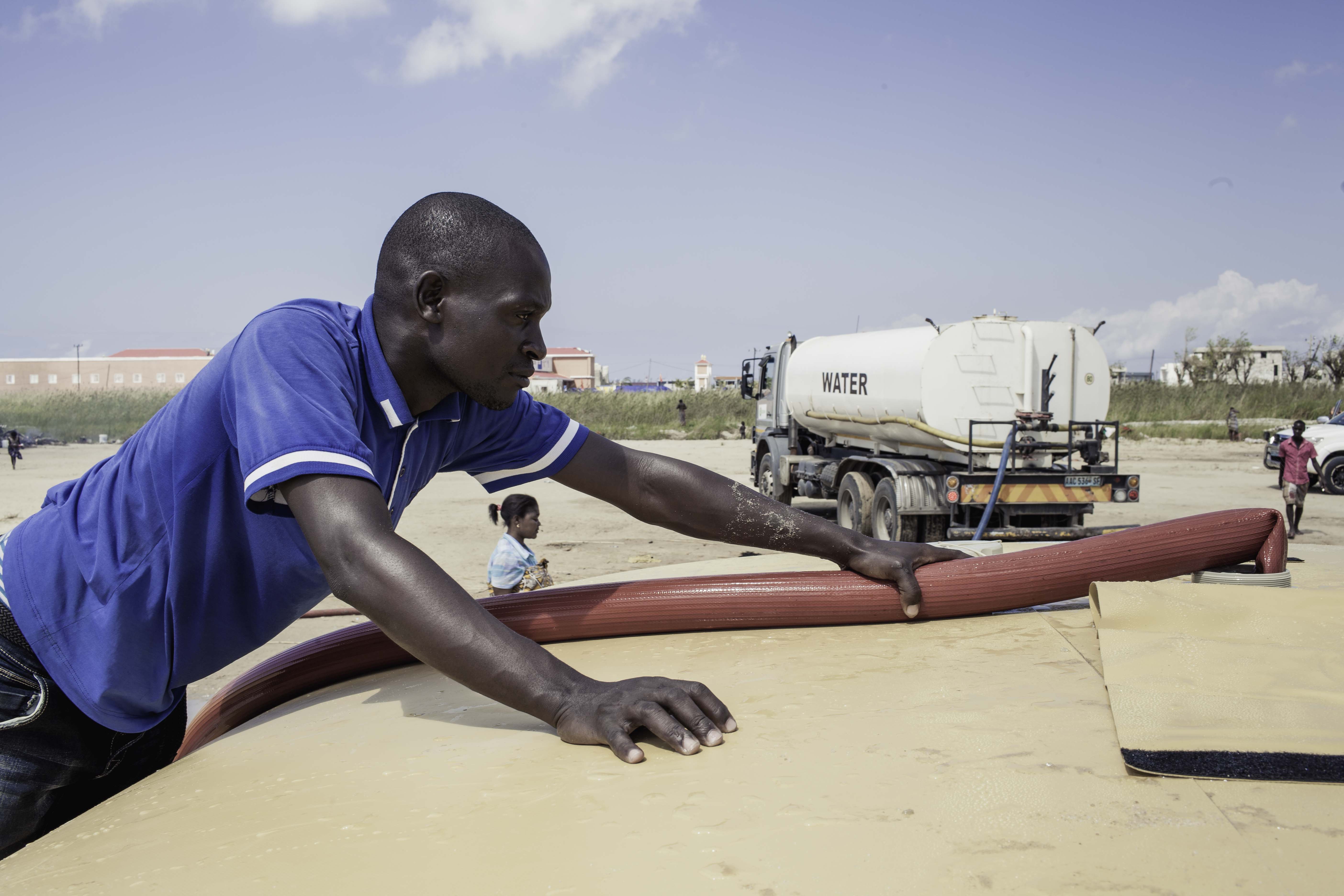 Survivors of Cyclone Idai have lost their homes; those in Beira, Mozambique, are now living in an IDP camp where Oxfam is supplying them with clean water. The water bladders here can contain 10,000 litres of water and are refilled twice a day, which is enough to provide 2,000 families with their emergency water needs. (Photo: Micas Mondlane / Oxfam Novib) 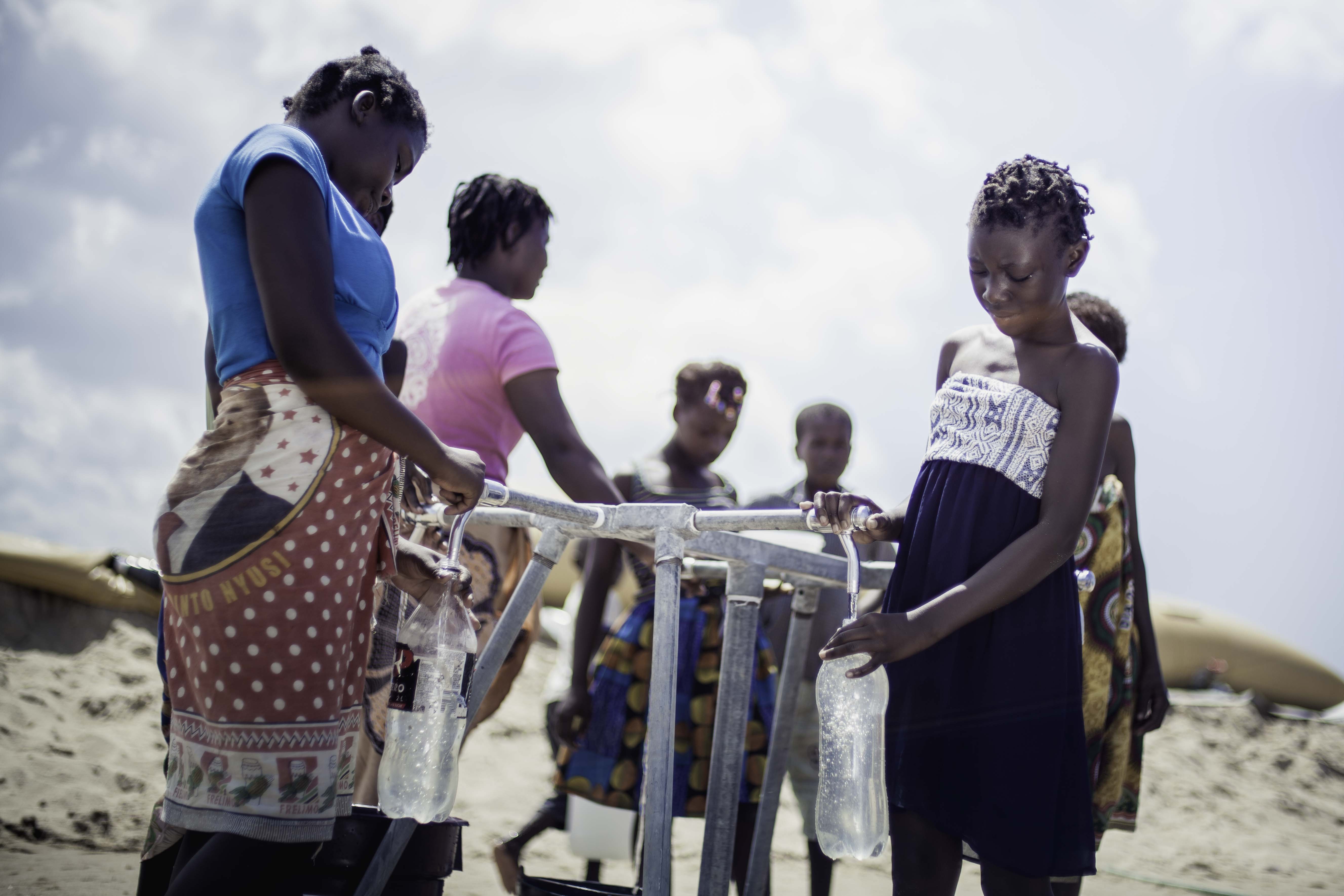 Teresa Jone Vilanculos (right), 14, filling her bottle at the tap stand. She has fled her village Mangalaforte, together with her family, when their house was washed away in cyclone Idai. (Photo: Micas Mondlane / Oxfam Novib)