Poverty among families of low-income workers has worsened in the last 10 years, according to Oxfam’s new report titled “Oxfam Hong Kong Poverty Report: Employment and Poverty in Hong Kong Families (2003-2012) ”. The report found that in the second quarter of 2012, the population living in working poor households reached 658,100, which is the highest record ever; and the wealth gap has also been widening during this period. Oxfam urges the government not only to review and adjust the level of minimum wage annually, but also to provide comprehensive income protection policies to improve the living standard of working poor families. In the long run, the feasibility of providing a Low Income Family Allowance should be explored as a supplementary provision to the minimum wage.

GENERAL POVERTY TRENDS
In the report, a “poor household” is defined as a household whose monthly income is less than 50% of the median income for all households of corresponding size.

OXFAM HONG KONG RECOMMENDATIONS
The government has adopted a range of policies to alleviate pressure on working poor households and to help them meet their employment needs. However, these measures are insufficient and ineffective in combating the poverty faced by families of the working poor.

Oxfam Hong Kong maintains that all working people have the right to a decent minimum standard of living for themselves and their families. The implementation of a minimum wage may reduce the prevalence of poverty among the employed to a certain extent, but this measure alone may not be adequate to lift families out of poverty. In fact, 194,100 working households are still trapped in poverty. Oxfam believes a set of comprehensive policies is the key to helping working poor families out of poverty. Therefore, we recommend the Hong Kong Government to consider the following policy suggestions:

Oxfam is dedicated to fighting poverty and inequity worldwide. The international and independent development and humanitarian organisation tackles poverty in four main ways: sustainable development in poor communities, disaster relief, local and global advocacy, and education with Hong Kong youth. Established in Hong Kong in 1976, Oxfam Hong Kong is a founding member of Oxfam, an international confederation that has assisted poor people in 94 countries. Oxfam Hong Kong alone has supported poor people in over 70 countries/regions. 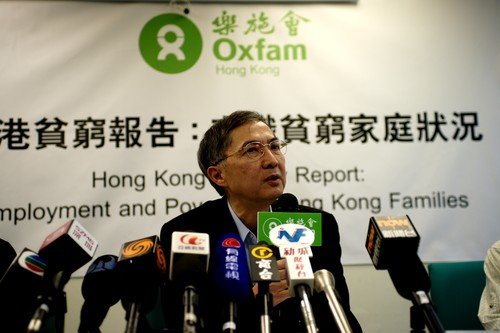 Stephen Fisher, Director General of Oxfam Hong Kong, said that in the second quarter of 2012, the median monthly household income of the richest 10% is 26.1 times that of the poorest 10%. He suggests the government to implement comprehensive social welfare and pro-poor polices in the long term. 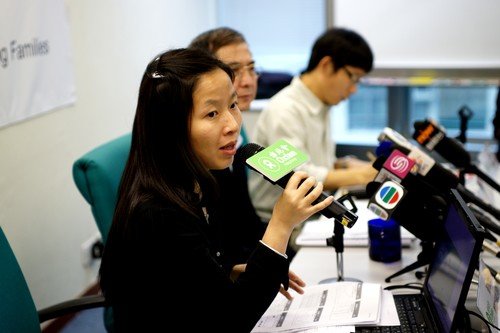 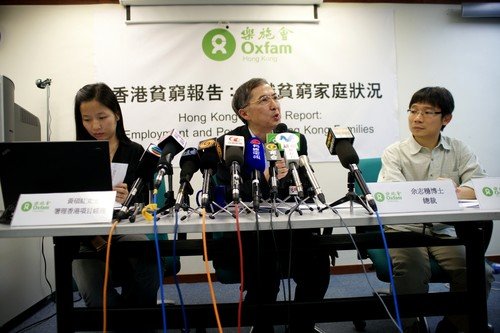 Oxfam analysed the data from 2003 to 2012 of the Census and Statistics Department and found that the problem of employment poverty had worsened in the past 10 years.