The world’s 2,153 billionaires have more wealth than the 4.6 billion people who make up 60 per cent of the planet’s population, revealed a report from Oxfam in 2020 ahead of the World Economic Forum (WEF) in Davos, Switzerland.

Global inequality is shockingly entrenched and vast, and the number of billionaires has doubled in the last decade. Oxfam’s report, ‘Time to Care’, shows how our sexist economies are fuelling the inequality crisis—enabling a wealthy elite to accumulate vast fortunes at the expense of ordinary people, particularly poor women and girls:. 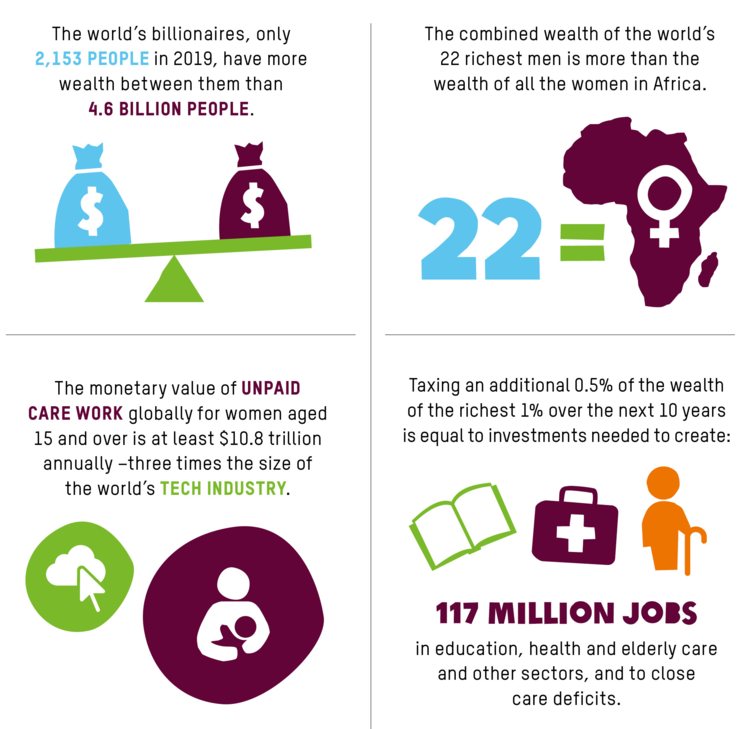 Key findings from the report:

Women and girls are among those who benefit least from today’s economic system. They spend billions of hours cooking, cleaning and caring for children and the elderly. Unpaid care work is the ‘hidden engine’ that keeps the wheels of our economies, businesses and societies moving. It is driven by women who often have little time to get an education, earn a decent living or have a say in how our societies are run, and who are therefore trapped at the bottom of the economy.

Amitabh Behar, the Chief Executive Officer of Oxfam India who was in Davos to represent the Oxfam confederation in 2020

Climate change and AN aging society: A looming crisis for carers

The pressure on carers, both unpaid and paid, is set to grow in the coming decade as the global population grows and ages. An estimated 2.3 billion people will be in need of care by 2030—an increase of 200 million since 2015. Climate change could worsen the looming global care crisis—by 2025, up to 2.4 billion people will live in areas without enough water, and women and girls will have to walk even longer distances to fetch it.

Women do more than three-quarters of all unpaid care work. They often have to work reduced hours or drop out of the workforce because of their care workload. Across the globe, 42 per cent of women of working age cannot get jobs because they are responsible for all the caregiving, compared to just six per cent of men.

At the same time, governments are underfunding vital public services and infrastructure that could help reduce women and girls’ workload. For example, providing access to an improved water source could save women in parts of Zimbabwe up to four hours of work a day, or two months a year.

‘Governments created the inequality crisis—they must act now to end it. They must ensure corporations and wealthy individuals pay their fair share of tax and increase investment in public services and infrastructure. They must formulate policies to tackle the huge amount of care work done by women and girls, and ensure that people who do some of the most important jobs in our society are paid a living wage. Governments must prioritise care as being as important as all other sectors in order to build more human economies that work for everyone, not just a fortunate few.’ said Behar.

Impact Story: Who Cares - Creating a Fairer World for All

‘With my Husband's help, Our relationship as a family became better. We’re happier. I am now closer to my children.’

Rowena Abeo is from Salcedo Town, Tastern Samar in the Philippines, and is a day care worker. After receiving training from Oxfam and learning about unpaid care work, her husband started sharing the housework.

My name is Rowena and I am a day care worker from Salcedo Town in the Philippines. In the past in my community, women used to just work in the house–cooking, cleaning and taking care of children. They also fetched water … With all the work that was assigned to women … [t]here would always be a gap between women and men–with the amount of money they earned, with the education they got or with the time they could spend on things outside the house.

I’ve been a day care worker in a school for ten years. And I’m also a housewife. Being a housewife takes so much time … The heaviest housework is fetching water. It takes us three to four hours to go and get water because our water source is far. We have to go to the river and lift our own water cans.

In the past, my husband didn’t help in the household at all. It was a lot of work that I had to do on top of what I did in the school, but my husband and I didn’t question it. That changed when we started to attend trainings and seminars and learnt about unpaid care work. Now he always helps around the house. We also have water tanks now through the help of Oxfam and SIKAT. We finally have taps and a hose, so we don’t have to carry water cans and pails anymore.

There are many communities where women are still struggling a lot. I am happy that now there is equality here between women and men. Women are more empowered. Someday I hope this will happen not just here in Salcedo, but hopefully in the whole Philippines.

Women’s labour force participation rate only accounts for 20.7% of that of poor households, which is far less compared to 35.5% among men.

Inequality in Hong Kong is a spiralling crisis.

Further, many women are still trapped in poverty due to their family responsibilities.

Oftentimes, women from poor households can only work part-time jobs. This limits their career choices, and a lot of them end up taking up casual work that only pays meagre wages and offers little to no protection. Despite this sizeable problem, the Hong Kong government has failed to provide them with adequate labour protection.

According to the Employment Ordinance, being employed under a continuous contract refers to an employee who has been employed continuously by the same employer for four weeks or more, with at least 18 working hours per week. An employee must be employed under a continuous contract and fulfil various requirements as stipulated in the Ordinance to be eligible for employee benefits other than the basic protections such as rest days, statutory holidays, annual leaves, paid maternity leaves, sickness allowance, severance payment and long service payment. Casual workers are also known as non-418 employees, as they work continuously for the same employer for fewer than four weeks and/or fewer than 18 working hours per week.

Although the Hong Kong government has recently introduced various policies to alleviate poverty, the low public recurrent expenditure will not help improve the situation of these women. According to the latest figures from the Hospital Authority, patients must now wait an average of 70 and 68 weeks respectively to see an orthopaedic doctor and internist at a public hospital. Further, figures from the Social Welfare Department shows the average waiting time for Care-and-Attention places and Nursing Home places is 20 and 22 months respectively. Moreover, Oxfam calculated that on average, only 1 in 156 children aged 0 to 2 receive subsidised full-day childcare services. With insufficient public services available, carers in Hong Kong are placed at an even greater disadvantage.

To address these issues, Oxfam has the following recommendations for the Hong Kong government: 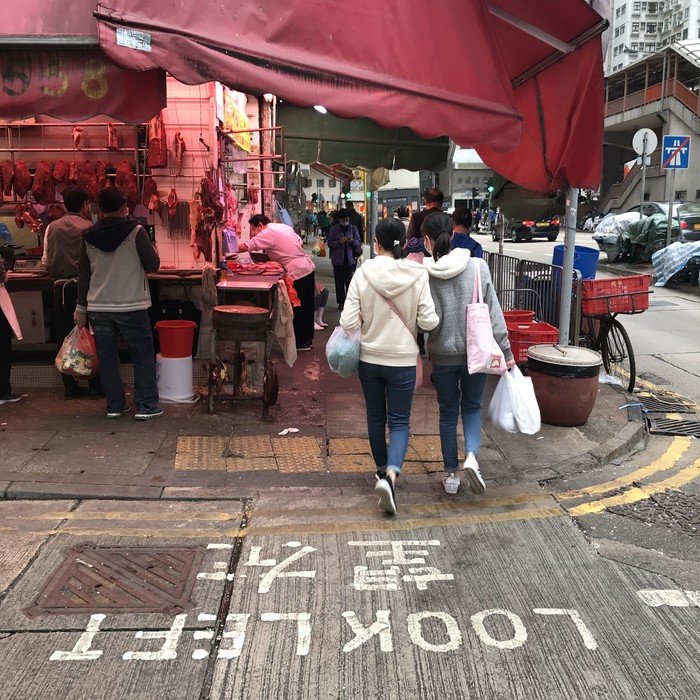