Since monsoon season began in June 2018, floods have been badly affecting India and have caused over 930 deaths. Kerala, a southern Indian state, saw continual heavy rains since 8 July, which further intensified on 18 July. The release of water from dams on 10 August has also exacerbated the situation. This is the worst flood Kerala has seen in a century. The floods have triggered landslides which have washed away houses, and affected more than 1.5 million people. It has left hundreds of thousands homeless and claimed the lives of over 400 people to date. Over 1 million people have been displaced and have sought refuge in over 3,274 relief camps.

Floods and landslides have caused massive destruction. Houses in most districts are submerged and inaccessible, crops are damaged and livestock have been killed. People are stranded, running out of food and clean water, and making desperate appeals for help through social media and other channels.

Flood water is slowly receding in some parts of Kerala, but the full extent of the damage will not be seen until the waters fully subside. Public health experts warn of an outbreak of mosquito-borne and other diseases, such as typhoid, hepatitis and cholera; should there be an outbreak, this will become a secondary disaster.

Following a rapid assessment of the situation, Oxfam India is preparing to respond in Idduki and Wayanad district initially, and then scaling up to cover Alappuzha, Palakkad and Pathanamthitta.

We at Oxfam will put our experience and expertise on water, hygiene and sanitation into action in Kerala. We will:

The rising death toll is urgent. While rescue and relief are the priority in the short term, the enormity of this catastrophe means ongoing support will be needed with recovery – especially livelihood recovery, rehabilitation and reconstruction.

A member of Oxfam India’s humanitarian team in Wayanad, the seriously affected area, conducting a rapid assessment to understand how contaminated water there is. (Photo: Oxfam India)

Kerala, a southern Indian state, has been seriously affected by the floods; water levels now reach the rooves of houses. (Photo: Oxfam India)

In areas where the water has subsided, cars and advertising signs that were washed away by the flood can be found along roadsides. (Photo: Oxfam India) 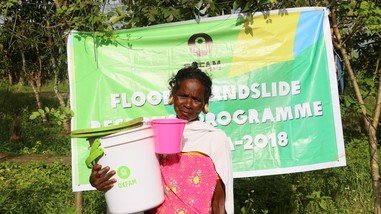 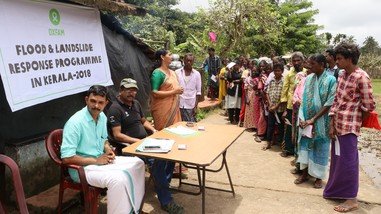 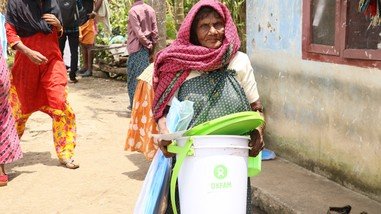 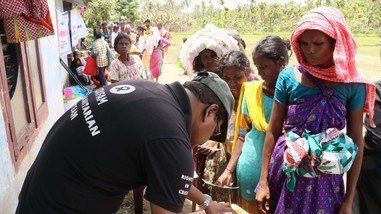 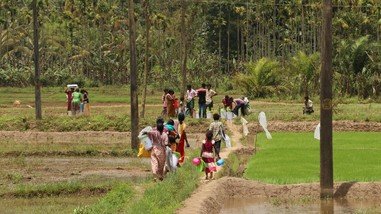 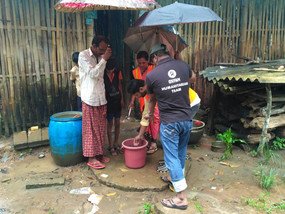 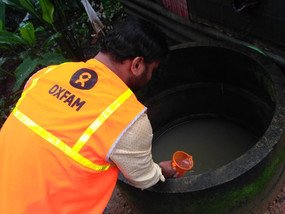 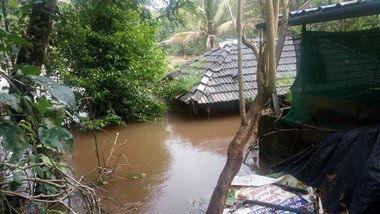